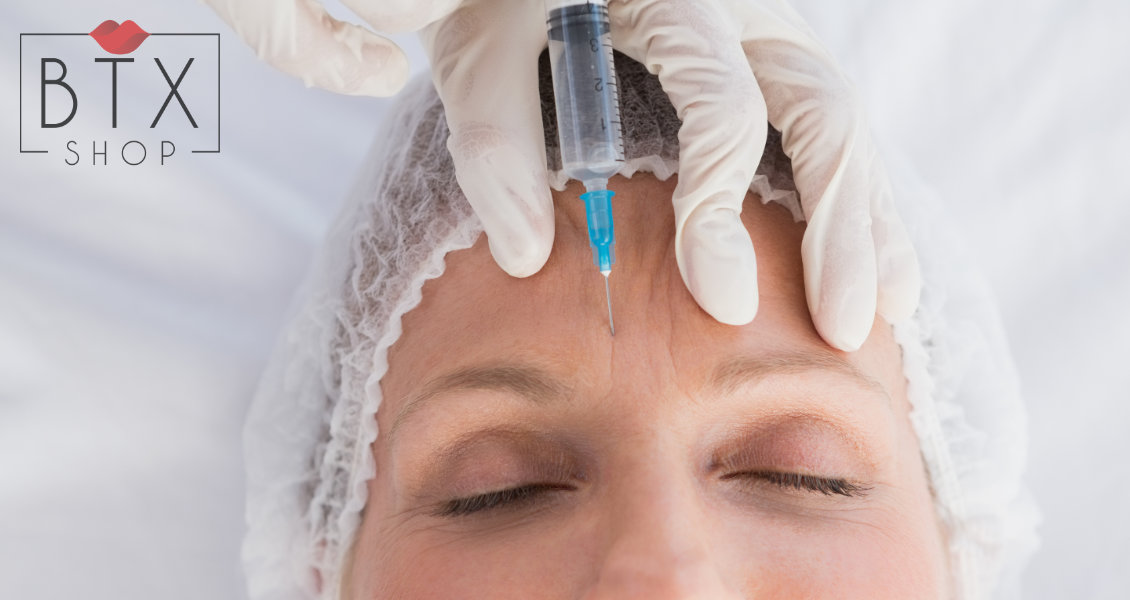 Botox is an injectable product that has both medical and cosmetic applications. It has one main effect – to temporarily paralyze and relax the muscles in which it is injected. That unique property of this solution enables it to treat of a long list of symptoms and conditions, including but not limited to:

In the world of aesthetic medicine, Botox treatments are used for non-surgical facial rejuvenation. They visibly reduce the appearance of crow’s feet, forehead wrinkles, and frown lines for 3-4 months. How does this magical product manage to do all that? Well, its secret to success hides in one very special key ingredient.

What is the main ingredient in Botox?

Botox Cosmetic and all Botox-like products have the same main active ingredient – Botulinum toxin type A. That is why they are called Botulinum toxin injections. This substance is actually a neurotoxic protein, or just neurotoxin for short. There are several different types of it and even though, in its essence, these injectable products have an identical main ingredient, the companies that produce them rely on their own trademark formula and manufacturing processes. For instance, Allergan Botox contains OnabotulinumtoxinA, while Merz’s Xeomin and Bocourture contain of IncobotulinumtoxinA.

This substance in all its forms and types has one big power – it does not allow the neuromuscular junction’s axon endings to release a neurotransmitter known as acetylcholine. As a result, it causes temporary muscle paralysis. Therefore, when applied into the muscles via injection, it slowly relaxes them by blocking the activity of their nerves. That is also why Botulinum toxin type A products have such fantastic anti-wrinkle effects. By paralyzing certain muscles of the face with this type of aesthetic medicine solutions, qualified plastic surgeons can treat moderate to severe wrinkles on the forehead, around and between the eyes. The treatment lasts only a few minutes and it does not require long recovery time. It’s almost free of pain and highly effective. The full skin rejuvenating effects of the procedure kick in a few days later and last for 3-4 months. Eventually, the patient’s natural appearance and complete range of expressions are restored but one quick maintenance Botox injection is all it takes for them to have their youthful appearance back.

Where does Botulinum toxin come from?

Now that we know how Botox works, it is worth explaining where Botulinum toxin type A comes from and how it is made. This unique neurotoxin is produced by the bacterium Clostridium botulinum. It’s an anaerobic bacterium that has rod-shaped spores. Such spores can be found in approximately half of the world’s soils and sources of untreated water.

Nowadays, pharmaceutical laboratories produce that bacterium in a strict lab environment rather than extracting it from its natural habitat. It is derived through a process called biofermentation. 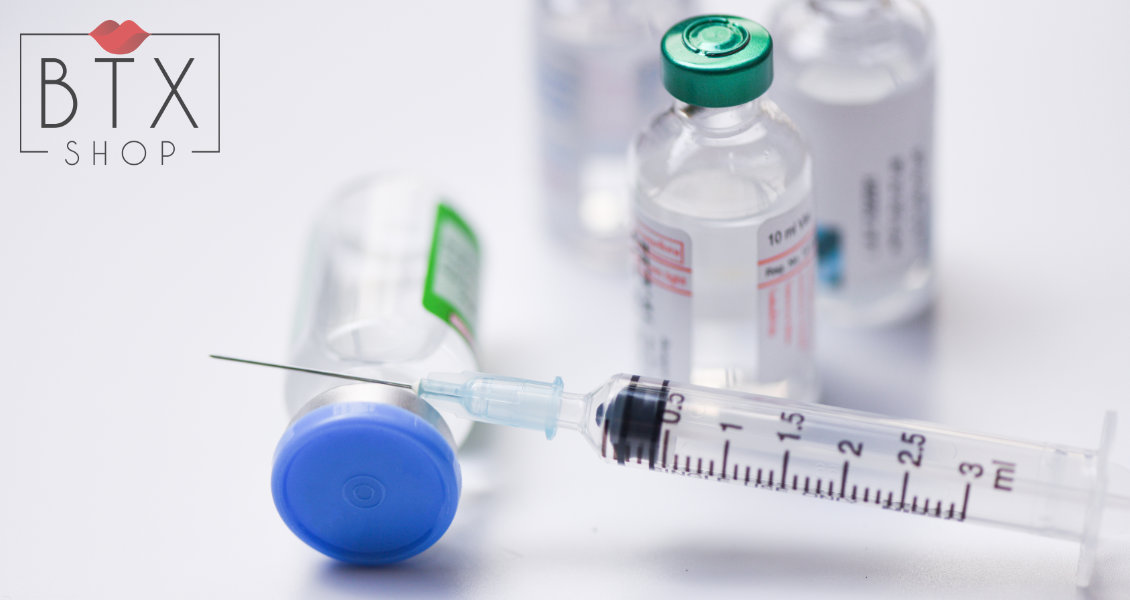 What other ingredients does Botox contain?

Botulinum toxin solutions also contain inactive ingredients which may vary from one brand to another. For example, Botox injections feature two inactive substances in their composition – sodium chloride and human albumin. The former can be described as salt. Its role is to dilute the neurotoxin which originally comes in a solid and not in a liquid form. Without sodium chloride, the Botulinum toxin will not be suitable for application via injection. The human albumin in the product is a type of protein produced by the liver. It’s present in Botox’s formula because it stabilizes the neurotoxin. Other Botox-like products may have different inactive ingredients but those usually include one or more of the following components:

All of them are risk-free ingredients that are well-tolerated by the human organism. That being said, trained doctors must not use Botulinum toxin injections that contain cow’s milk protein on patients who are lactose intolerant.

Sometimes, physicians add local anesthetic to the injections to prevent a painful or unpleasant treatment experience for their patients. According to Mayo Clinic, this practice neither delays nor blocks the product’s paralyzing effect on the target muscle nerve. What’s more, it even helps the Botulinum toxin to wear off in more symmetrical manner.

Despite the seemingly simple and straightforward formula of these injectable anti-wrinkle products, there are still numerous myths and misconceptions about the contents of Botox. Some of them are so extreme that they have even led to temporary bans of this minimally-invasive treatment in some parts of the world.

Is Botox made from pigs?

Among the most widespread myths about Botox is that is contains pig-based ingredients. This probably has something to do with the fact that pig milk is used during one of the production stages. But because of the many purification processes through which the solution goes later, the end product contains 0% of this enzyme. This misconception forced several Muslim countries to ban the use of Botulinum toxin on their territory. In more recent years, such bans have been gradually relaxed as scientists managed to successfully prove that there are no pig-derived substances in Botox-like products.

Is Botox made from snake venom?

Another popular urban legend in which Botox takes the center stage is that it contains snake venom. Even though some snake species have a venom the effects of which can paralyze the muscles of their victims, the Botulinum toxin used in this type of medical and cosmetic solutions is absolutely free of snake venom. As it was earlier noted, the bacterium through which it is derived is synthetically-made.

Is Botox a deadly poison?

Bacterium Clostridium Botulinum has a toxic action. When it makes its way to our food, it can cause botulism. This is a very dangerous food poisoning that can even result in death when it comes in high doses.

Does that mean that the effects of Botox injections which are produced by the bacterium can be life-threatening? No, it does not and there are a couple of reasons for that. Firstly, patients get extremely small doses of it in their system during the treatment. Secondly, to become safe enough to be injected into the human body, the neurotoxin goes through several other processes that include precipitation, purification, dissolvation and precipitation again. That is why the end product is less toxic than the usual and it is less likely to lead to botulism even when it’s wrongly administered.

Before you start to search for your best Botox near me options, however, it should also be mentioned that this treatment can lead to some side effects. For the most part, they are rare and mild and are caused by the injections. Those include swelling, bruising and redness around the injection points. Other slightly more serious adverse effects that patients may experience are:

That should not stop people who want to smooth their facial wrinkles without plastic surgery or aggressive treatments like chemical peelings to try out the effects of Botox injections. This product has been approved by the FDA and a board-certified medical professional can use it to treat crow’s feet, forehead lines and frown lines. It has undergone countless clinical trials and researches and professional health experts have proven it to be a safe drug with impressive therapeutic and medical effects. Therefore, it can safely treat anything from wrinkles to excessive sweating.

You can find out more about which cookies we are using or switch them off in settings.

This website uses cookies so that we can provide you with the best user experience possible. Cookie information is stored in your browser and performs functions such as recognising you when you return to our website and helping our team to understand which sections of the website you find most interesting and useful.

Strictly Necessary Cookie should be enabled at all times so that we can save your preferences for cookie settings.

If you disable this cookie, we will not be able to save your preferences. This means that every time you visit this website you will need to enable or disable cookies again.

This website uses Google Analytics to collect anonymous information such as the number of visitors to the site, and the most popular pages.

Please enable Strictly Necessary Cookies first so that we can save your preferences!